Beta This is a new service – your feedback will help us to improve it. 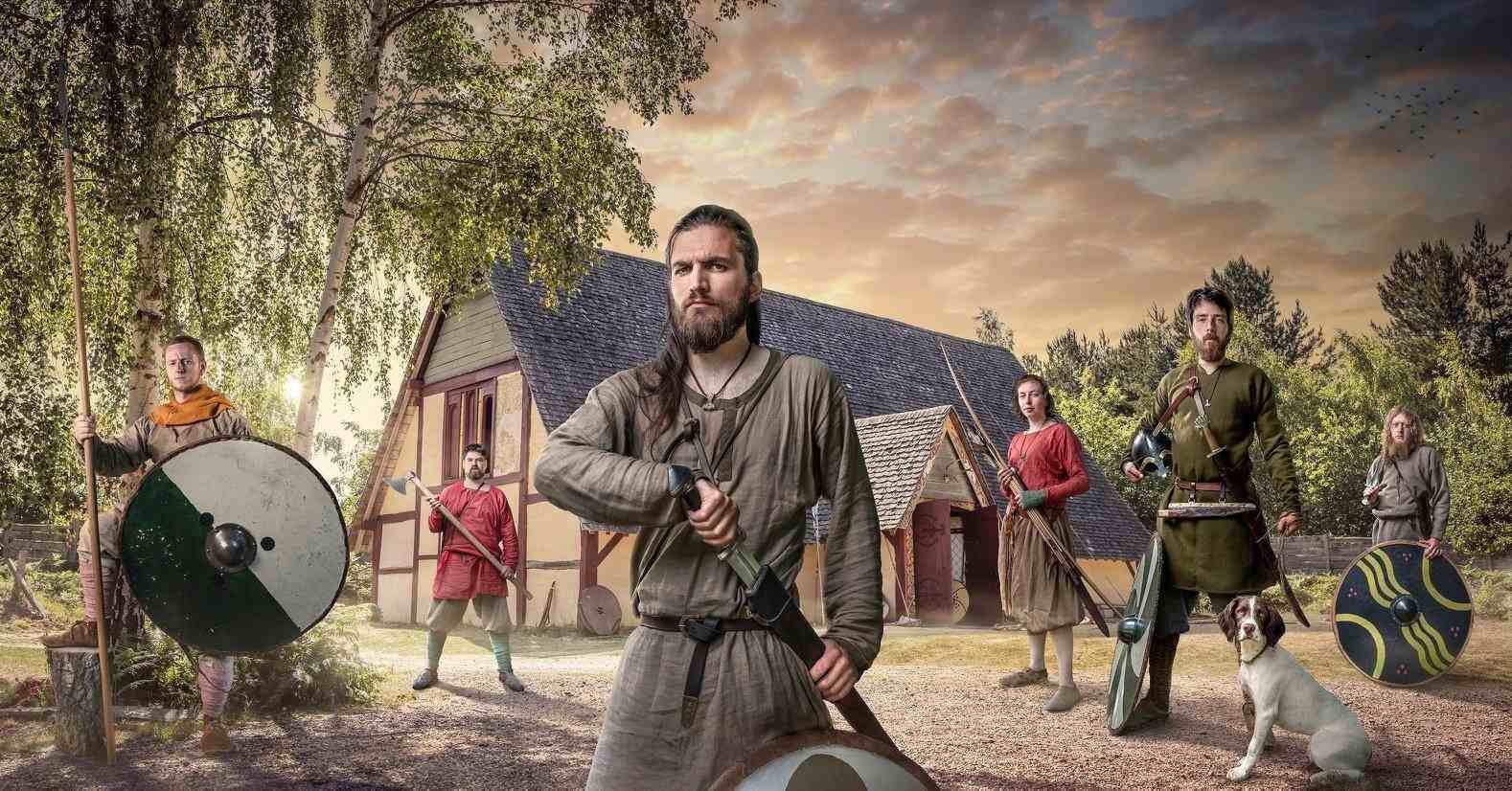 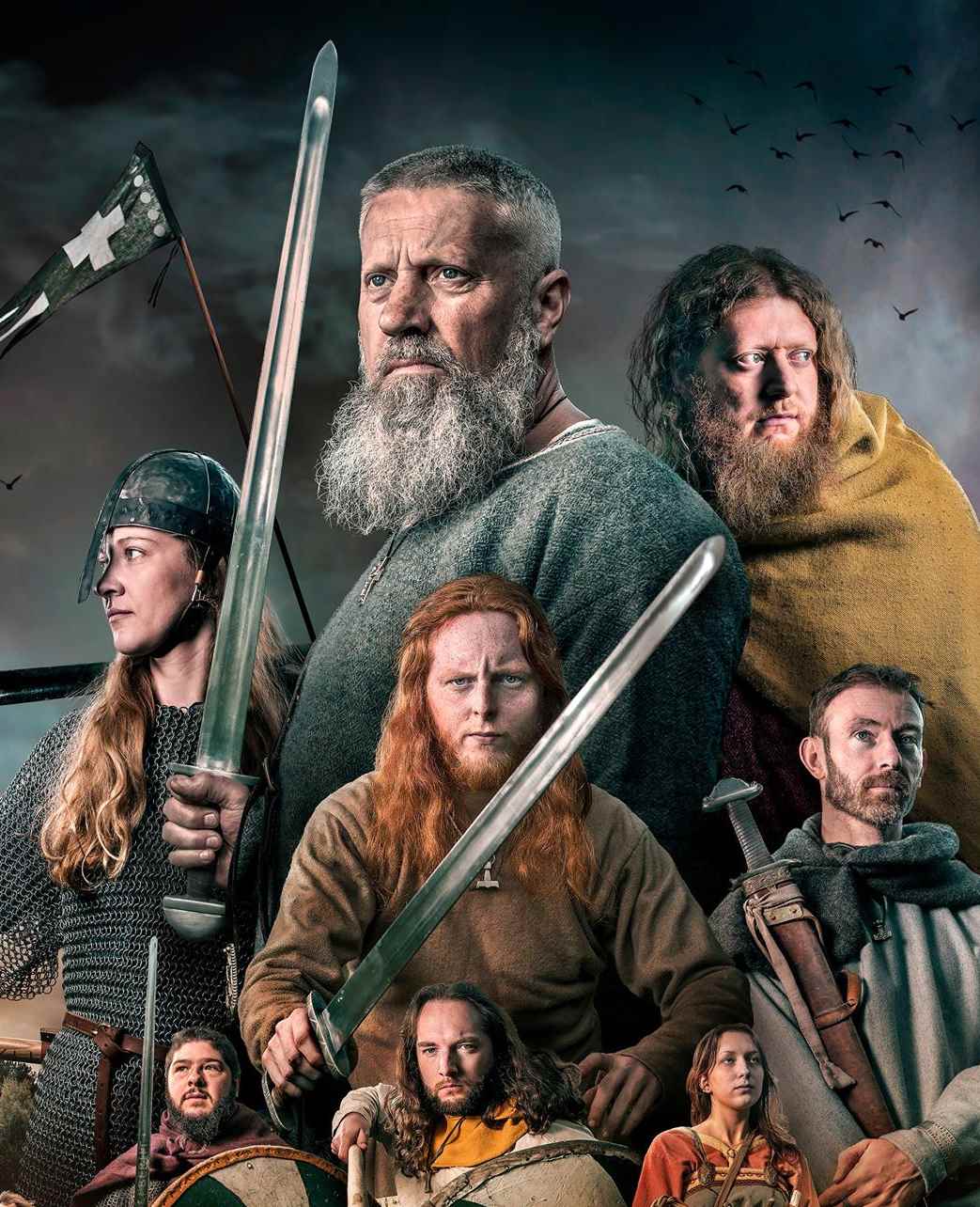 For over three decades, Regia Anglorum has been re-creating early mediaeval history for audiences around the world. We have skilled, properly equipped and highly motivated men and women of all ages who celebrate the very best of life a thousand years ago!

Regia Anglorum was a term used by early English writers to describe the English state, what we would call “Britain” today. In vulgate Latin, Regia Anglorum was a term used to mean, roughly, “The Kingdoms of the English-speaking people”, pronounced with a hard “G”, as in gate. It implies no particular boundary, either geographically or spiritually.

Much of the history of the early mediaeval era is written in blood. From Viking raids to clashes of kings, with generational grudges and pursuits for wealth and glory, bloody conflicts between armies and nations stretched across the era. Our time period encompasses the raids on Lindesfarne, the descending of the Great Heathen army upon Britain, the Battles of York, Maldon, Eddington, and the battle that would end the age: Hastings.

Prepared to defend their homeland or go and seek adventure abroad, our warriors are trained and ready to take their place in the shield wall. Armed with spears, axes, swords, and more, our armies bring to life the sounds and stories of battlefields of old.

Above all, our warriors seek “word fame,” that their great deeds will long outlive them and the legends of their success will never fade from men’s lips. 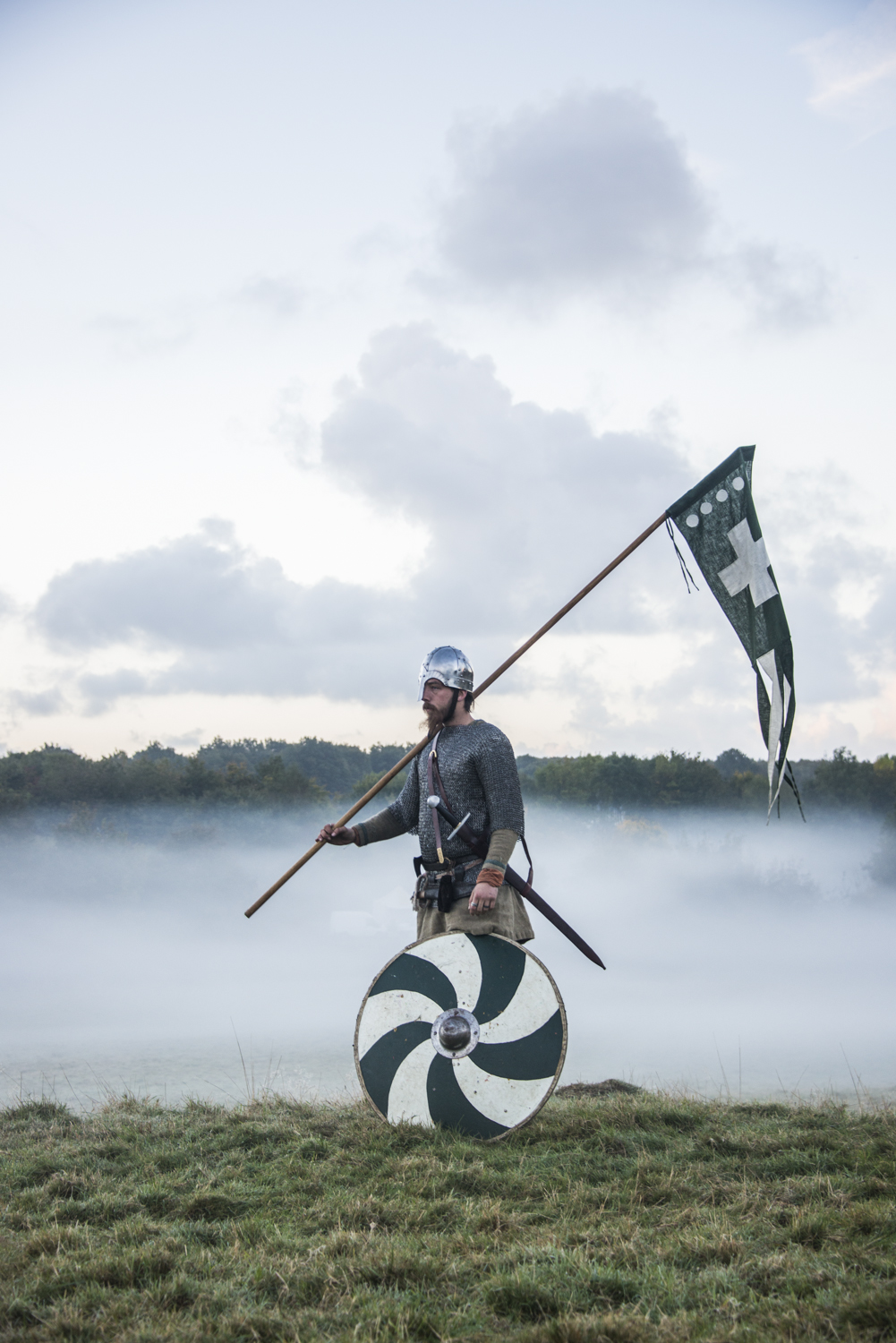 Everything in the mediaeval world was made by hand; from simple carved wooden spoons and bowls to highly intricate embroidery and jewellery. Farmers, carpenters, blacksmiths, weavers, cooks, merchants, glassblowers and many more all made up the rich tapestry of crafts and trades. One wool dress would pass through the hands of shepherds, spinners, weavers, dyers, and dress makers to become what it is.

Walk through our camp and into the lives of people who existed a millennium ago. Our members have dedicated themselves to learning various skills to accurately portray the daily existence of people who have been lost to time.

A great meadhall in the woods

Regia Anglorum owns a permanent site situated about sixty miles from central London and in a patch of secluded woodland near Canterbury, Kent. The society is constructing a fortified manor house from the Late Anglo-Saxon period. Our site is called Wychurst (pronounced "Wick-Hurst").

It was conceived, planned and constructed by our members – few of whom are professionals in the classic sense of the word. Wychurst is the result of many long hours of research, discussion, supposition and the practical application of skills with which our ancestors would have felt at home.

Designed to create as authentic an atmosphere as possible to carry out our hobby, it was a way for us to step into a world long past.

This site is a sanctuary for Regia members. During winter months, we hold grand feasts and in the summer it becomes a training ground for both warriors and craftspeople. We sit around the central hearth fire and share stories and songs.

It is our home and no second spent there is ever wasted.

Whether ships brought traders or raiders, ships were an essential part of mediaeval life, and so Regia owns and operates several full-scale ships. These ships are used as active display pieces, boat burials, or if a show is near water, can be sailed by our skilled members.

Apart from shows, members may learn to sail at one of our many sailing training weekends. Throughout the year, our ships are taken around Britain and members will learn to sail and row under the watchful eye of our sailing team.

There have been sailing weekends in Windermere, Cardiff Bay, Chichester Harbour, Llangorse Lake, and the Medway estuary. We have taken part in the Great River Race in London and the spectacular opening ceremony for the Great North Run in Newcastle.

We have a programme of work to repair and maintain the boats and improve their sailing qualities.

Read more about
the Regia Fleet 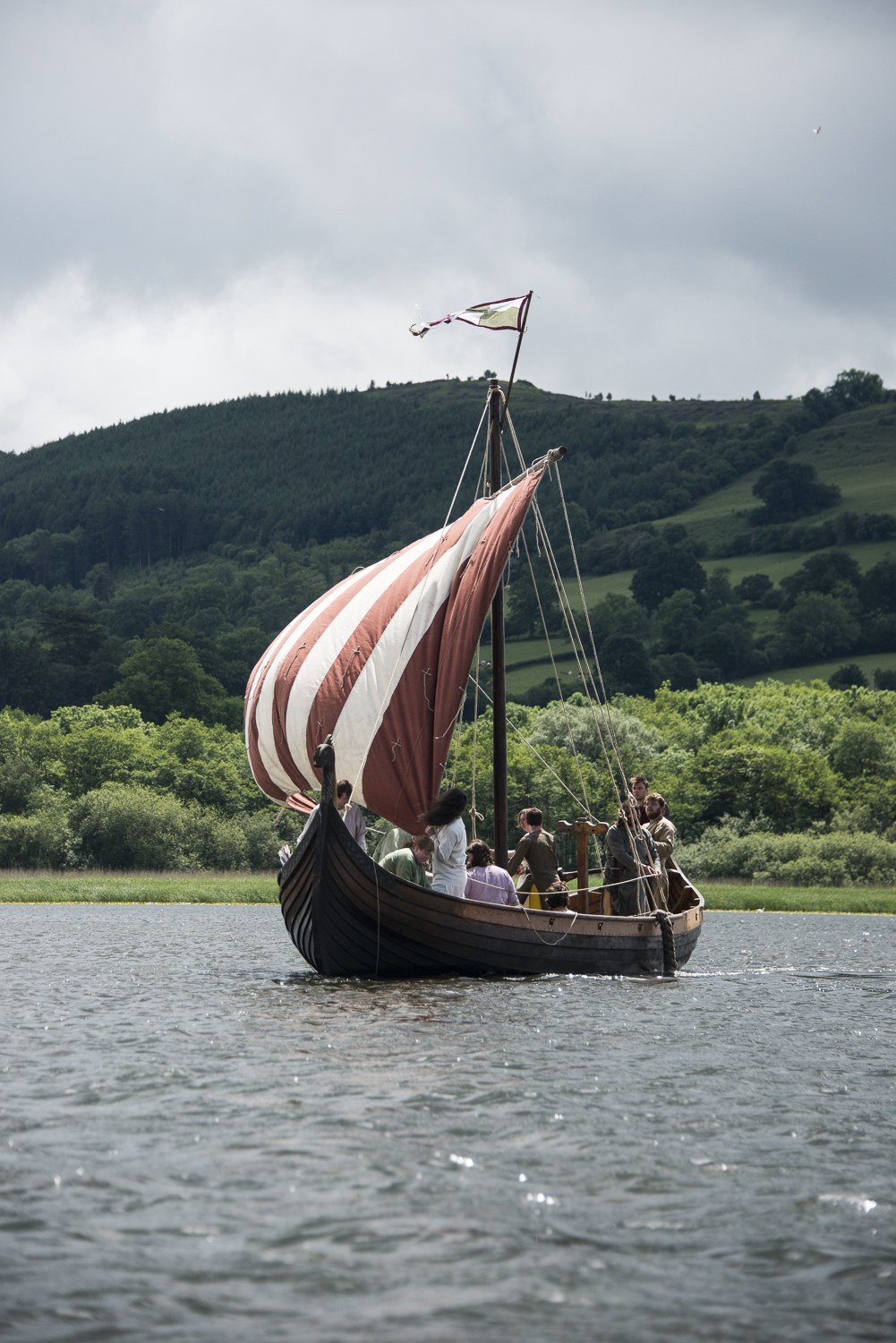 On film and television

For over 20 years our members, hall, horses, and ships have been used to bring the mediaeval world to the screen. From BBC documentaries to HBO and History channel favourites, we love being involved in portraying the period we love so much.

Our cinematic appearances include:

In events near and far

We bring the history to you! In castle courtyards, on historic battlefields or any other place where we can pitch a tent, our members come together to recreate a world long gone. Each show is tailored to a specific dateline and location to bring a historical moment to life.

These events are held across Great Britain and occasionally even further afield. Our next event is on Saturday, February 18th, 2023 – Jorvik Viking Festival.

See our events scheduleHire us for your event

Within these pages, there are sections on every subject you can imagine and we hope you'll quickly realise that we are about history first and everything we do is predicated around an accurate presentation of our ancestors. We owe them that, surely?

You may also like to explore the fictional pre-Conquest estate of Wichamstow, where you can find out more about the life and times of late Viking Age Britain. If you go to the Eorl's manor of Drengham, you will discover more about warfare and the defence of Anglo-Saxon Britain.

The National Association of Re-enactment Societies

Regia Anglorum is a founder member of the National Association of Re-enactment Societies (NAReS) and one or another of our senior members have served on their Executive Committee for more than twenty years.

NAReS acts in the manner of a professional body and represents the interests of the British re-enactor to Government bodies, the Police and other similar organisations. Its membership is drawn from those societies that recreate over 2,500 years of our history and draws upon the support of 85% of British groups - conservatively, around 18,000 people.

NAReS has had some spectacular successes over the years and it is principally through their work that these authoritarian bodies have a clear understanding of the needs of the hobby and those who pursue it. Any British re-enactor owes a great debt of gratitude to this often overlooked organisation.